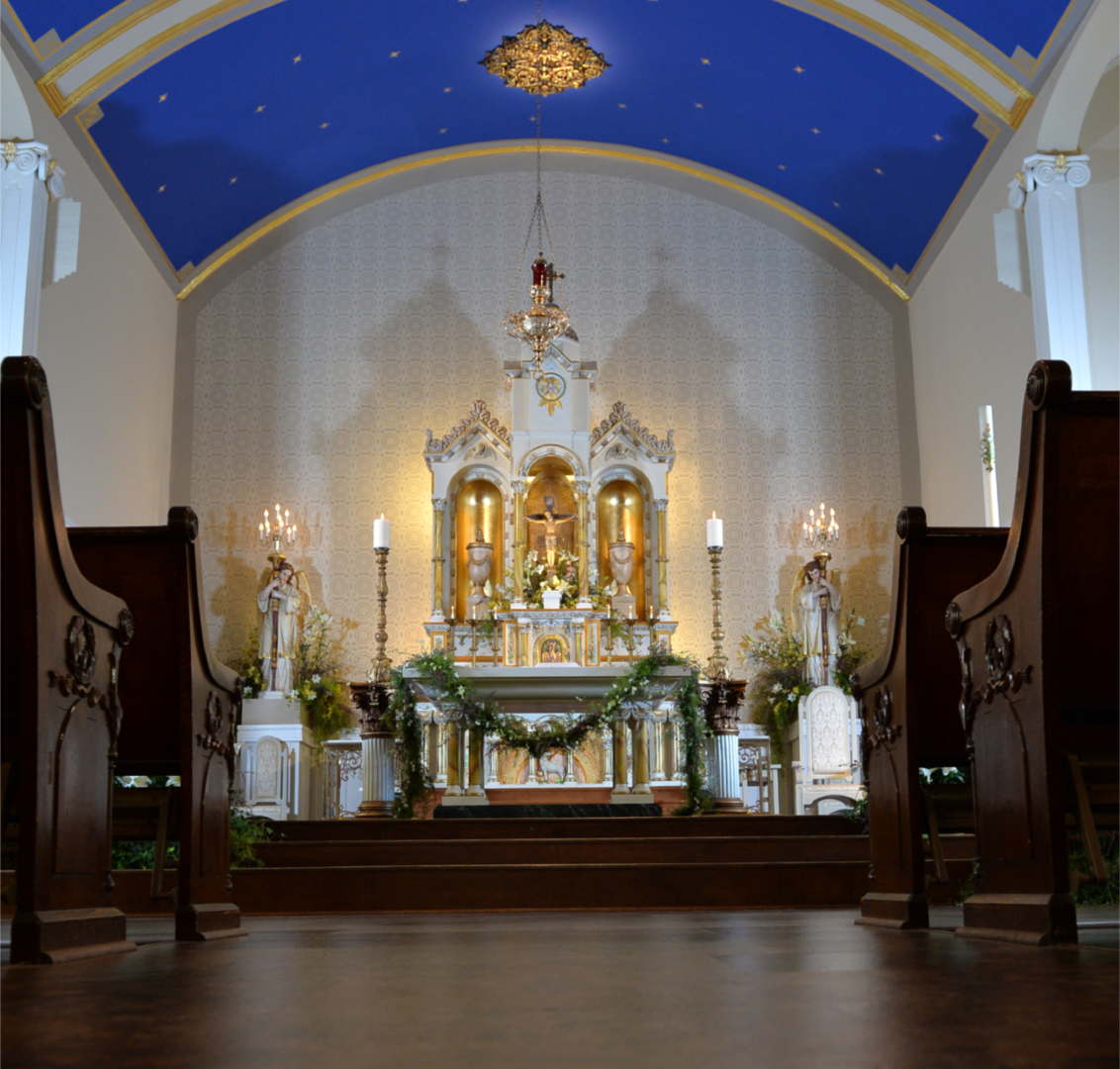 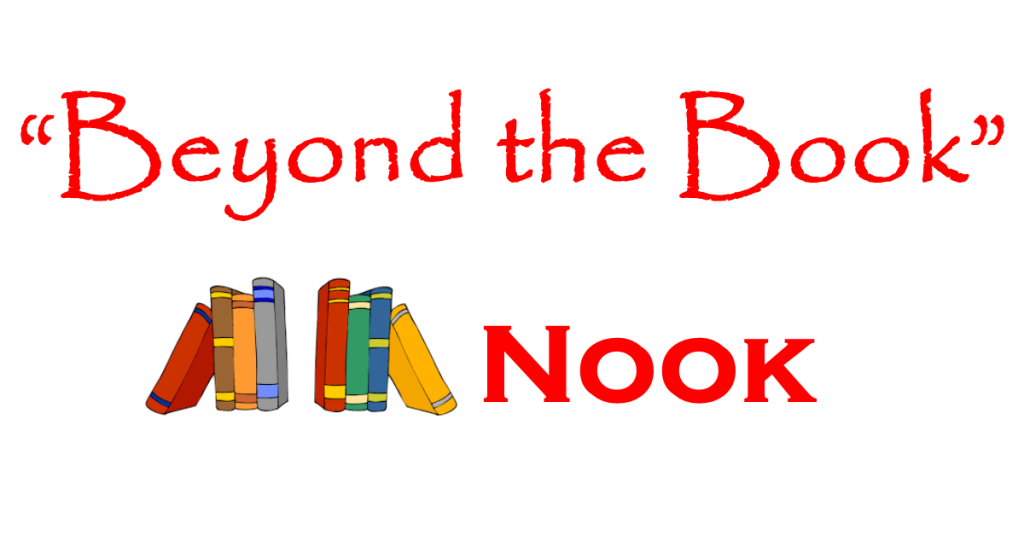 Welcome to our new Book Ministry

where books and CD's are made available to our parishioners 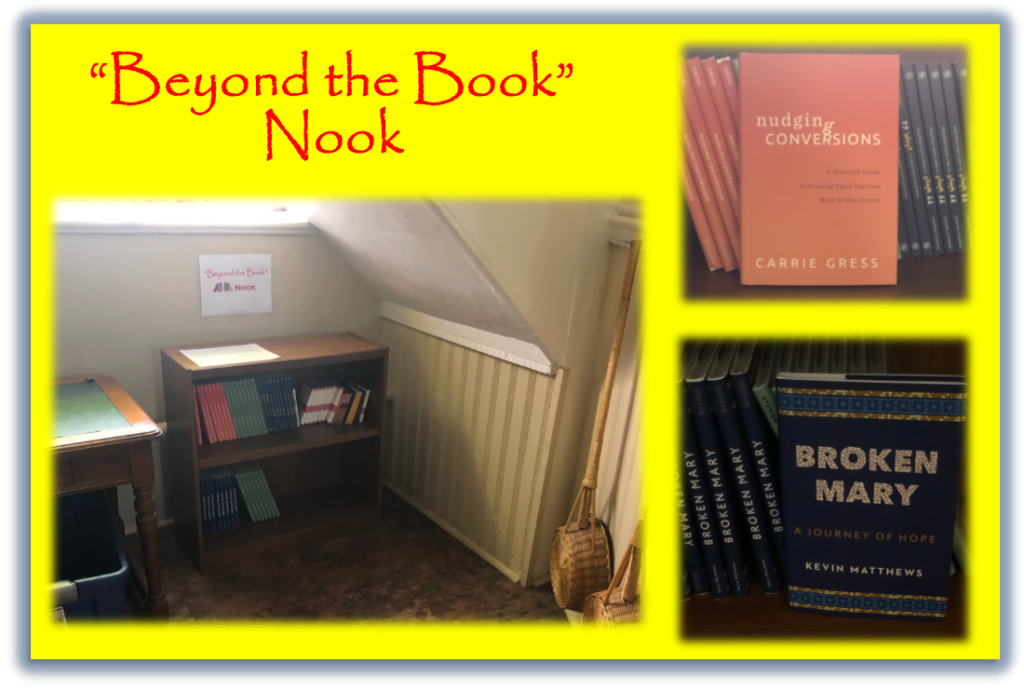 in the back corner of the church (as pictured above)

You are free to take any materials from this book nook (free).

You do not need to return them, but you can if you would like to.

We just ask that you do not put any donated materials in this book nook as it is not a donation center. 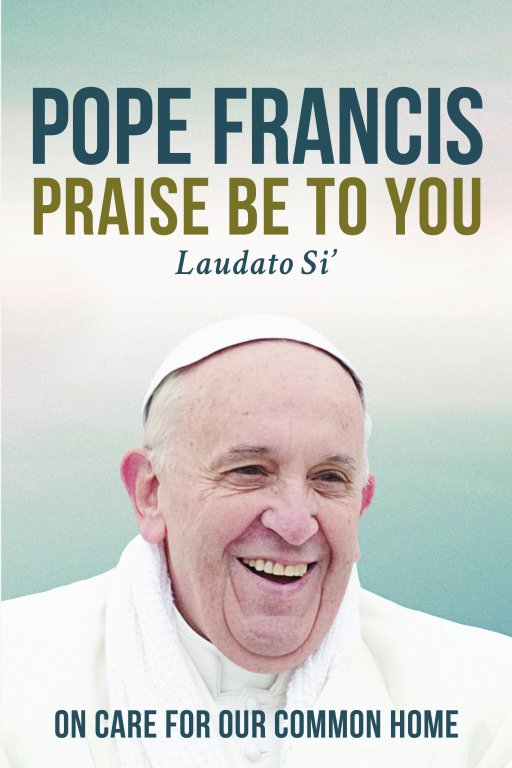 A gift from God and the common home of humanity, the earth is threatened by man's abuse of his freedom. In his encyclical Praise Be to You (Laudato Si'), Pope Francis challenges all people to praise and thank God for his glorious creation and to work together to safeguard her.

Popes Benedict XVI, John Paul II, and Paul VI addressed key themes regarding stewardship of God's creation, but Francis is the first to devote an entire encyclical to the subject. The encyclical takes its name from Saint Francis of Assisi's Canticle of the Creatures, which depicts cre­ation as "a sister with whom we share our life and a beautiful mother who opens her arms to embrace us". Pope Francis declares, "This sister now cries out to us because of the harm we have inflicted on her by our irresponsible use and abuse of the goods with which God has endowed her."

Francis calls for an "integral ecology" based on what Pope Saint John Paul II called an "ecological conversion"―a moral transformation linking the proper response to God for the gift of his creation to concern for justice, espe­cially for the poor. He challenges people to understand ecology in terms of the right ordering of the fundamen­tal relationships of the human person: with God, oneself, other people, and the rest of creation.

Francis examines such ecological concerns as pollu­tion, waste, and what he calls "the throwaway culture". Climate, he insists, is a common good to be protected. He explores notions such as sustainability from a Judeo-Christian perspective. The loss of biodiversity and the unequal distribution of resources, largely caused by the consumerism and excessive individualism of the wealthi­er nations, threaten the good order of creation, he writes. While valuing technology, he rejects efforts to repudiate the natural order, including the moral law inscribed in human nature. He cautions against an overreliance on science to solve ecological problems and emphasizes the need for openness to God.

Expounding the biblical tradition regarding creation and redemption in Christ, Francis stresses man's subordi­nation to God's plan. He insists on the primacy of the human person in creation and rejects treating it as if it were "divine", yet he traces the roots of the ecological crisis to man's self-centeredness and the rise of prac­tical relativism. Without rejecting political changes, he implores people to change their hearts and their ways of life.